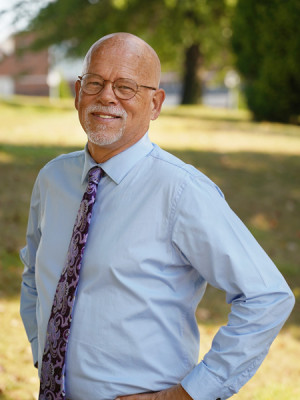 Jack Ballard, PhD, (Theory/Composition) has composed and produced music in a variety of genres, from classical and film music to jazz and bluegrass. He worked with Gunther Schuller, Wendell Jones, Arthur Post, David Maddux, and Frank Wiley, and received B.A.Ed and M.M. degrees from Central Washington and Eastern Washington Universities. His half-dissertation on hyperextended tertian sonority is from Kent State University and its initial research received the Bruce Benward Student Music Theory Award in 2007. His ballet, The Castle for orchestra, received the Ipark Foundation’s Thanatopolis Prize for Memorial Composition for the movement, “Lament.”

Of his symphonic poem for orchestra, The Traveler’s Psalm, the Durango Herald wrote: “Enchanting, lyrical and polished to the point that it sounded as if it were the work of one of our time-honored masters.” Probably the best-known representation of his diversity in styles and instrumentation is his song cycle The Psalms (released on REX Music, 1994), which includes such notables as Alex Acuña, David Friesen, Fletch Wiley, Tom Patitucci, and members of the Oregon Symphony. “So unique and creative, it breaks new artistic ground” from National Religious Broadcaster. Moody Monthly called it “A great collection."

His pieces often incorporate classical and ethnic styles throughout the world, but especially New World and Old World music that contribute to cultures in North and South America. Ballard’s production company, Kiwibird Creative Services, specializes in production that requires popular, ethnic and classical style integration, such as film scoring and eclectic CD projects.  His current work is a CD of vocal jazz, classical and original vocal music with his band, Mourning to Dancing.

He presently teaches music production and composition at Malone University in Canton, Ohio.

Academic presentations are as diverse as his paper on film scoring for the 2006 Cinema Studies Conference in Los Angeles, Raising Emotion in the Heroic Film, to 2008's Society for Ethnomusicology presentation, Navajo Gospel: A Struggle in Faith, Culture, and Style. He has also been involved in the International Association for Jazz Education, ranging from performing to delivering an address entitled Approach Chords: An Avenue for Resolution in Composition and Improvisation in 2008.