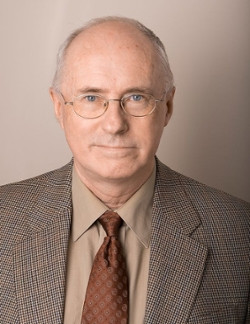 The 2021 John Woolman Lectures will feature David Walsh, Professor of Politics at Catholic University of America. Both events are free to attend.

Prof. Walsh will outline his argument that the differentiation of the idea of the person is one of the signal modern achievements. It is fair to say that Christianity is the most important source for the understanding of the person, not least in the dogmas of the Trinity and Christology. But the elevation of the person to the central focus of political order is a later development. Rather than seeing the modern world as marked by the rise of the individual, it is preferable to view its elevation of the person, the bearer of responsibility, as its political centerpiece.

To demonstrate how our understanding of the person emerges more in the realm of practice than in theory, Prof. Walsh continues his Woolman Lectures by revisiting the last chapter of his book Politics of the Person as the Politics of Being. Contrary to the usual idea that we must have an understanding of human nature before we can talk of human dignity and human rights, he argues that the order is more properly reversed. It is through respecting the rights of one another that we gain a glimpse the inexhaustibility of each one. We regard persons as flashes of transcendence in a finite world. They cannot reach a point where their worth has been used up. In many ways this is the paradigmatic case of the refraction of the Christian perspective within political reality. There remain of course many issues to be sorted out in the understanding of dignity and rights but its purpose is no longer in dispute.

David Walsh is a Professor of Politics with teaching and research interests in the field of political theory broadly conceived. His focus has been on the question that the modern world poses for itself at its deepest level. Does our civilization possess the moral and spiritual resources to survive? In response to that question Walsh has traced the modern retrieval order in a trilogy of works. First, is the catharsis evoked by the totalitarian crisis that called forth an affirmation of truth beyond the abyss. This is explored in After Ideology: Recovering the Spiritual Foundations of Freedom (1990). Second, there is the emergence of a minimal order within the abbreviations that became the liberal democratic form. The Growth of the Liberal Soul (1997) tracks both the contemporary debates and the historical unfolding of the principles that maximize individual liberty while also sustaining civic virtue. Finally, The Modern Philosophical Revolution: The Luminosity of Existence (2008) reflects on the overarching philosophical horizon of modernity. It finds that the narrative is best characterized as a re-founding of the classical and Christian understanding rather than a radical departure from it. One of the results of these studies has been a renewed interest in the centrality of the person from whom order radiates into social and political existence. The first phase of this new direction has appeared in Politics of the Person as the Politics of Being (2016), and a companion volume, The Priority of the Person (2020).

About the John Woolman Lecture Series

The Lecture Series is named for John Woolman (1720-1772), a Quaker from New Jersey who provided much of the theological, intellectual, and ethical foundation for the earliest anti-slavery activities in America.

Drawing from traditional Christian, Quaker, evangelical, quietist, and rationalist sources, Woolman published works that encouraged others to rethink the Friends’ role in addressing a range of topics including slavery, working conditions, spiritual discipline, pacifism, the use of wealth, the use of time, and relationships with Native Americans.

His antislavery writings and speaking campaigns throughout the colonies helped prompt the Friends to become the first body of Americans to actively denounce slavery and require all its members to free any person that they held in slavery. Providing some of the earliest inspiration for the major ethical shift in thinking about slavery, Woolman’s writings and actions influenced leaders in the early antislavery and abolitionist movements in America and Great Britain. Woolman Hall, a residence hall on Malone’s campus, is named in his honor.

Chair, Department of History, Philosophy, and Social Sciences; Associate Professor of Political Science; Director of the Center for Christian Faith and Culture