Ayers commissioned to compose "There's a Stirrin' in the Waters"

Malone Professor of Music Jesse Ayers was recently commissioned by the Akron Symphony Orchestra to compose a new work for orchestra and chorus based on African-American spirituals. 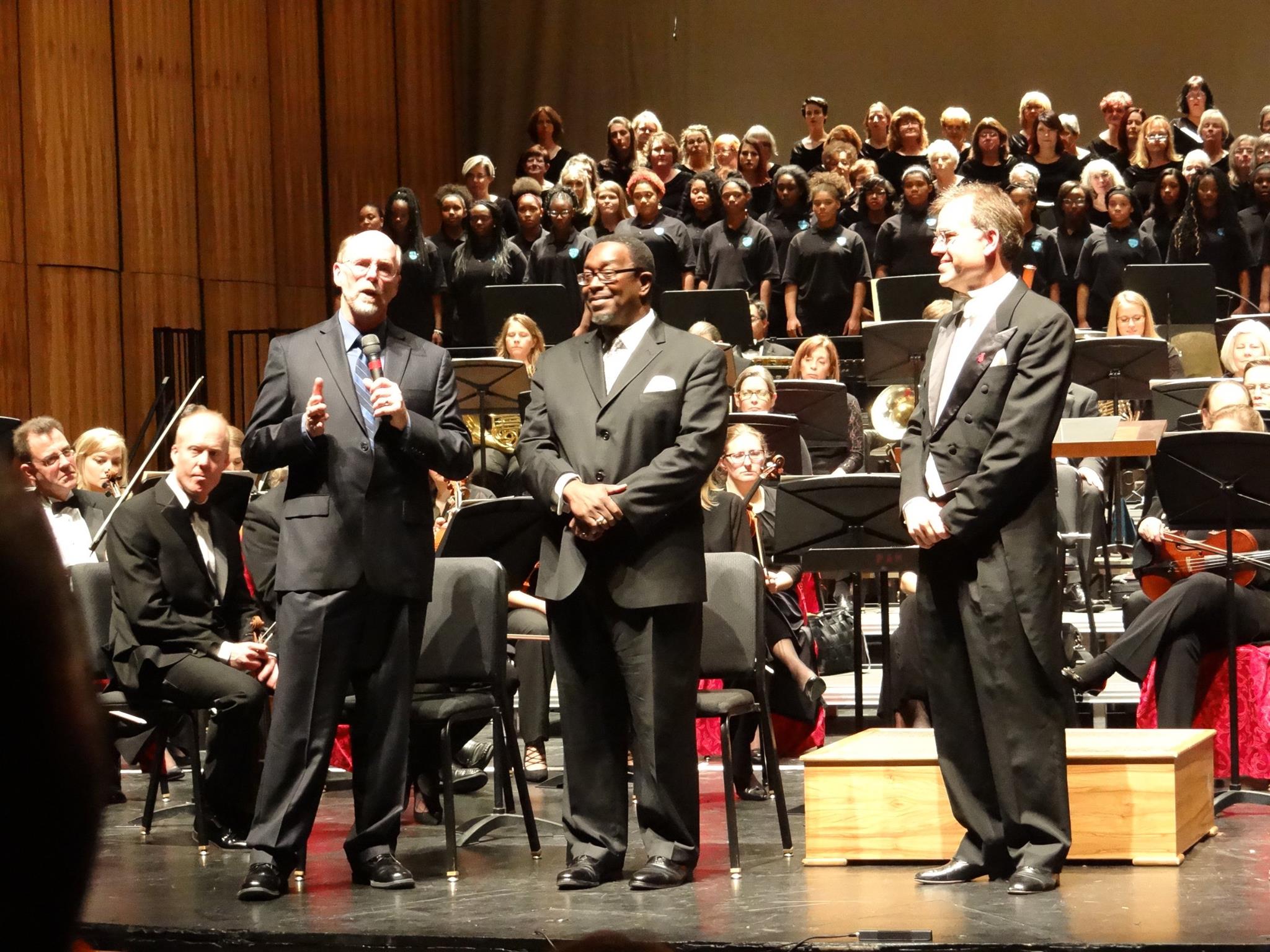 "I was very excited when approached by conductor Christopher Wilkins with this opportunity," said Ayers. "The spirit of these songs demonstrates that even in the most adverse of circumstances, faith in Christ can not only sustain us, but enable us to overcome."

There's a Stirrin' in the Waters tells a story through illuminating a rich, musical heritage.

"Chuck and I have attempted to present the full range of human emotions found in the spirituals, from the slow songs of sorrow to the up-tempo songs of victory," Ayers said of his collaboration with Myricks, Jr. "We determined at the outset that we wanted to create an integrated symphonic fabric, with all players -- orchestra, chorus, and soloists -- equally important. Even the audience participates in this piece. It is an involved work written for many musicians; the score contains nearly 22,000 notes."

This is Ayers' second commission from the Akron Symphony. In 2009, he was asked to compose The Passion of John Brown to commemorate the 150th anniversary of Brown's raid at Harper's Ferry. That work won the American Prize for Orchestral Composition.

"Keeping active as a professional composer energizes my teaching here at Malone," said Ayers. "Our students don't just learn from textbooks; they study with professionals active in their respective fields. We model and we mentor."