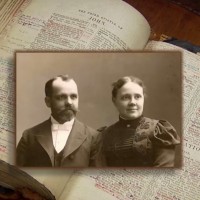 The weather on March 17, 1892, was fair, but chilly—typical for mid-March in Cleveland, Ohio. It was St. Patrick’s Day and Clevelanders were observing the Irish holiday in a variety of ways. Scheduled events included a lecture on “Ireland’s Schools and Scholars,” a special concert and theater production at a local church, and a banquet sponsored by the Philo Celtic Club. Others patronized local shops and markets. Crow & Whitmarsh was selling men’s socks at 25¢ for three pairs and Copco Soap for 4¢ a cake. Fuldheim’s was holding a closeout firesale featuring “$85,000 worth of the finest shoes and boots.” Baseball enthusiasts were at League Park to watch the hometown professional team, the Cleveland Spiders, play its first game of the year. The Plain Dealer predicted that the 1892 season would be the Spiders’ best ever, and it was. That game set the team on course to its winningest season during its brief history, thanks to the talents of the Spiders’ soon-to-be-famous pitcher, Denton True “Cy” Young.

Missing from the pages of Cleveland’s two main newspapers was any announcement about a new Christian Workers’ Training School that set to launch on St. Patrick’s Day. Of course, a tiny institution that drew a mere handful of students on its first day may have seemed too inauspicious to garner local media attention. Indeed, the unpretentious training school opened with little fanfare and dim prospects. And yet, a century and a quarter later, the school endures – in a new location, with a new name, and with an expanded mission...

- Excerpted from Malone University: A Commemorative History, by Professor of History Jacalynn Stuckey '77