On March 17, 1892, the doors to Northeastern Ohio's first Bible institute and training school opened. The day is the realization of a dream of J. Walter and Emma Malone.

125 years later, Malone is a thriving Christian University for the arts, sciences, and professions dedicated to the integration of Christian faith and learning in the liberal arts tradition. 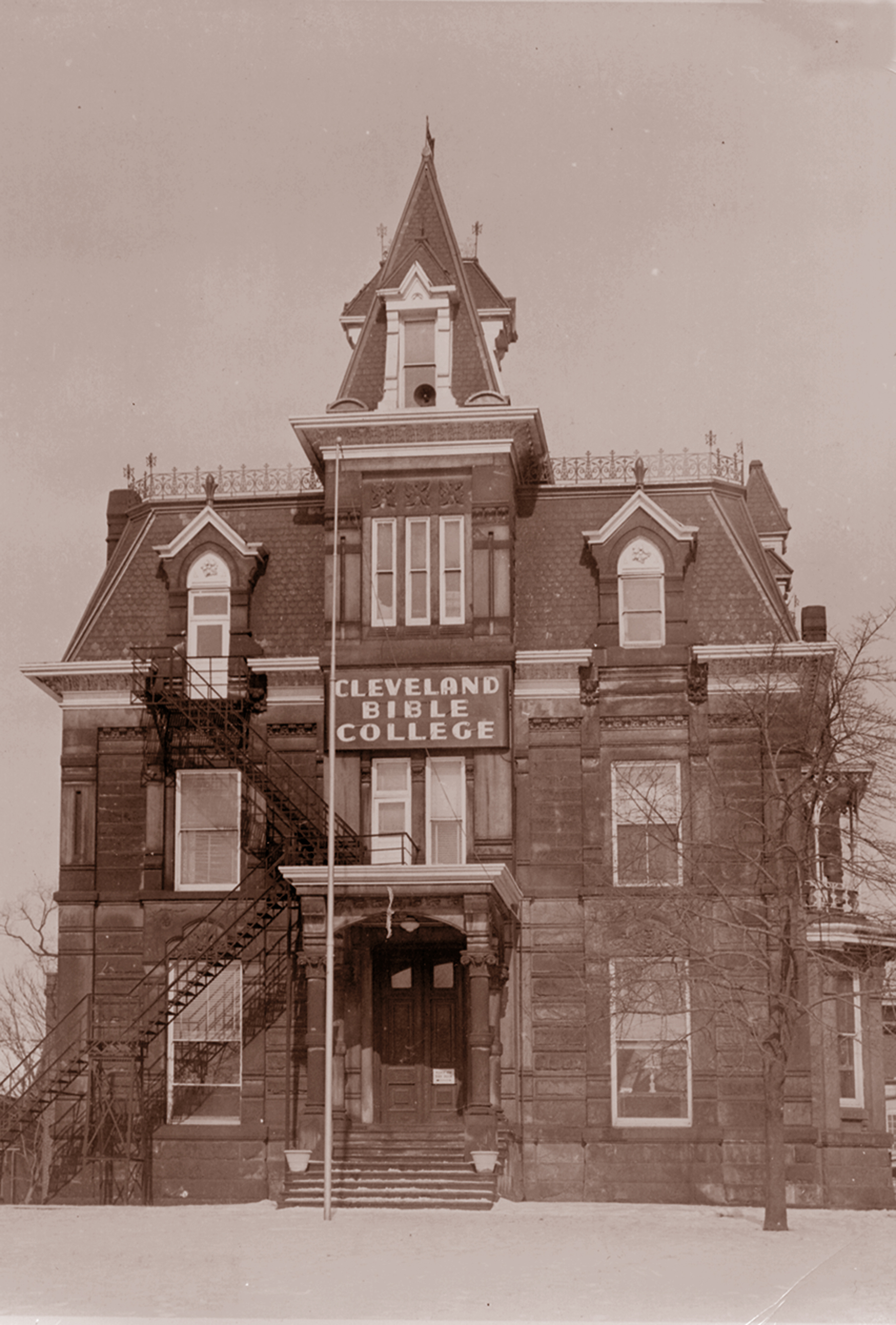 01 of 06
J. Walter and Emma Brown Malone with their children.
02 of 06
The Malones working in their office. The couple shared teaching and administrative duties at the young Bible institute.
03 of 06
Esther Baird ’92 was one of the first missionaries to go into the field. Here she is shown with women of Mukti Orphanage, India.
04 of 06
Dedicated prayer time was a part of the daily schedule.
05 of 06
Students gather between classes.
06 of 06
Staff of the CBI Voice. 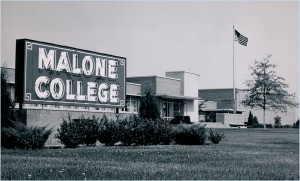 01 of 10
Byron Osborne and students display renderings of what the new campus will look like.
02 of 10
Malone President Byron Osborne welcomes students to the new Canton campus.
03 of 10
The class of 1958 was the first to graduate in Canton.
04 of 10
With the move to Canton came intercollegiate athletics. Men’s Basketball became the first team in 1957.
05 of 10
Malone’s first library was located in what is now the Theatre in Founders Hall.
06 of 10
Malone partnered with the Aultman School of Nursing in the early 1960s.
07 of 10
Morris Pike was a popular professor and built the school’s first theatre program.
08 of 10
Roger Leach was the first director of the Malone Chorale in Canton.
09 of 10
Women’s Basketball became the schools first women’s athletic program in 1967.
10 of 10
The Homecoming Court in 1963. 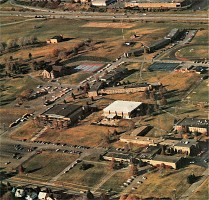 01 of 16
An early rendering of the Everett L. Cattell Library in 1972.
02 of 16
In 1972 students, faculty, and staff helped to transfer books from the original library to the new Everett Cattell Library.
03 of 16
Coached by Jack Hazen, Men’s Cross Country claimed Malone’s first NAIA National team championship in 1972.
04 of 16
Science and mathematics faculty members in the early 1970s.
05 of 16
Byron Osborne was still an important figure on campus in the 1970s. Here he is with longtime student development staff member, Sandy Johnson.
06 of 16
Later in the 1970s, Malone embarked on a campaign to transform the original barn from the Stark County Home into a modern, original student center.
07 of 16
(left - right) Canton Mayor Stanley Cmich, Malone President Lon Randall, and alum Dr. Ed Mitchell  break ground on the new Barn Campus Center.
08 of 16
The Randall Campus Center has been a center of student life on Malone’s campus since its completion in the late 1970s.
09 of 16
In the 1970s and 80s, there was a student lounge and snack shop in Osborne Hall.
10 of 16
Students in a 1970s class.
11 of 16
Longtime Malone professor Alvin Anderson and his wife, Lucy, at a Malone basketball game. Lucy was director of public affairs in the 1970s.
12 of 16
Led by coach Patty Long and star player Gloria Blanks, the Women’s Basketball team was dominant in the early 1980s.
13 of 16
The degree-completion program for adults with some college credits started its first class in 1984. This is the first class of graduates.
14 of 16
A 1980s WWF women’s residence hall room.
15 of 16
A group of graduates in the mid 1980s
16 of 16
Students pose for a 1980s promotional piece.

01 of 11
New Student Orientation grew dramatically during the 1990s.
02 of 11
As part of the Centennial celebration in 1992, athletes ran a torch from Malone’s original location in Cleveland to the current campus in Canton.
03 of 11
In 1992, a portion of Rt. 62 was named “Malone Parkway” in recognition of Malone’s Centennial.
04 of 11
Into the Streets, an important component of Orientation that continues to this day is an example of Malone’s commitment to preparing students to serve.
05 of 11
The Brehme Centennial Center was constructed in the 90s and is now home to the Hoover Dining Commons, the Campus Store, classrooms and offices, and the Brehme Conference Center.
06 of 11
The Hoover Dining Commons in the late 1990s.
07 of 11
The first Pioneer football team took the field in 1993.
08 of 11
With football came the arrival of the Pioneer Spirit Marching Band in 1994.
09 of 11
The popular Piano Extravaganza launched in 1997.
10 of 11
Pioneer Track & Field teams dominated in the early 1990s. Brian Kelly (pole vault) and Keith Spiva (sprints) each earned multiple NAIA national championships.
11 of 11
The BSN program began in the 1990s.

01 of 14
The golf team led by Ken Hyland ’69 won the NAIA national championship in 2000.
02 of 14
Granddaughters of founders J. Walter and Emma Malone (Betty Osborne Robinson and Gerry Osborne Williams) spoke at a special Homecoming Chapel in 2002.
03 of 14
Men’s Basketball Coach Hal Smith and Softball Coach Sharon Looney made news when Looney donated part of her liver to Smith. She was later invited to carry the Olympic torch for the 2002 Salt Lake games.
04 of 14
Malone has developed a strong relationship with the Fellowship of Christian Athletes through the years. As a result, former NFL players have taken classes at Malone.
05 of 14
Course assistants (CA’s) have become a large part of the first-semester program, GEN100.
06 of 14
The former First Christian Church was purchased and reformed into the Johnson Center for Worship and the Fine Arts.
07 of 14
Celebration, a student-led evening worship service has been an important part of the spiritual formation program.
08 of 14
The men’s cross country team won consecutive NAIA National Championships in 2007, 08, and 09, cementing its position as the winningest men’s program in NAIA history.
09 of 14
Music programs like the University Chorale continued to thrive in the 2000s.
10 of 14
The innovative and popular Zoo & Wildlife Biology program started in the 2000s. Students and graduates have landed internships and jobs all over the country.
11 of 14
The Hoover Dining Commons was renovated and modernized in the late 2000s.
12 of 14
(left–right) President Ron Johnson, U.S. Congressman Ralph Regula, and Vice President for Advancement Howard Taylor stand in the new Wellness Center. Regula played an important role in the addition of this building and the nursing building which now bears his name.
13 of 14
The SIFE (Students in Free Enterprise) team had much success in the 2000s.
14 of 14
Swimming & Diving became the newest sport in 2009.