WHIRLWIND PERFORMANCE. Every other year, Malone's Communication Arts Department invites participation in its 24 Hour Theatre, a beloved tradition amongst its community. 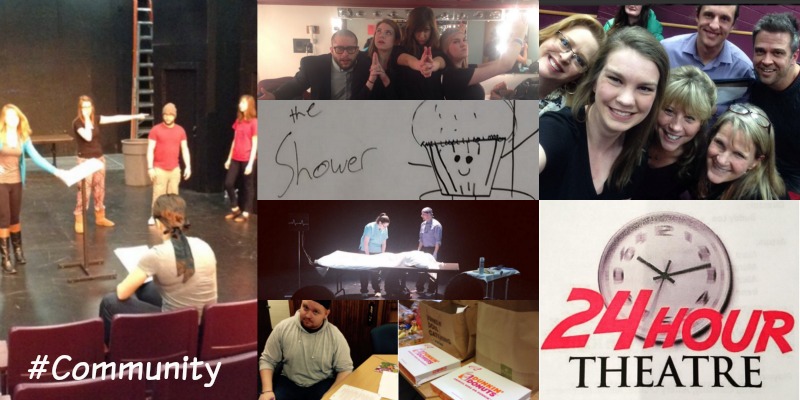 The tradition, dubbed 24-Hour Theatre, is so beloved by students that alumni often participate as well. The most recent experience held January 23-24, was no exception.

“There are so many different things you can do. People not involved in theater can still participate,” said Isaac Brenneman ‘18, a Creative Writing major.

First, actors audition and writers vie to recruit their favorite acts. Then the writers spend the night collaboratively writing.

“The main thing that was different was the collaboration with a team…working with other writers is not something that naturally happens,” Brenneman said. “I enjoyed being able to get feedback from other people.”

Half of the writers had taken script-writing last semester and three students were on each writing team.

After the plays are written, directors rehearse for the Saturday night performance. Usually comedy skits, the plays are an exhibition of each groups’ teamwork. It’s not a competition, but of course there are audience favorites. Brenneman remembers his favorite play as one written by alumni.

“I love the theater environment,” Brenneman said, “and Andrew Rudd (Professor of Communication Arts and Director of General Education) really motivated me to try this.”

Actors also enjoyed the experience and the opportunity to test new techniques and skills.